Stamping away with joy at Traveler's Factories!


Between our stay in Ishigaki Island and the final travel destination, Germany, we spent one night in Tokyo. We arrived in mid-afternoon, and we only had time until the next morning, so we kept our time simple. We booked a hotel nearby Tokyo station because we knew to arrive at Haneda airport from Ishigaki and to depart from Narita airport to Hamburg, Germany would be fairly accessible from there. We were also looking forward to visiting the Traveler's Factory in Tokyo Station.

Traveler's Factory, Tokyo Station
Maybe because I never lived in a metropolitan city with large transit facilities..., but Tokyo Station was pretty over the top for my senses. The underground avenues below the train stations that were laid out like spider webs very much felt like a giant maze to me. I researched ahead of time where the Traveler's Factory was inside of this large station, but it still took us a while to find it.

It was helpful to know that the store was inside of the section called "GrandSta Marunouchi". I kept asking people where this area was and once we were inside of the GrandSta Marunochi section, we were able to find an area map that gave us detail directions. I found out later that a part of the GrandSta Marunouchi (but not the whole) was inside of the paid part of the train station terminal (inside of the actual JR station) where you could only access with purchased train tickets. We bought the cheapest tickets even though we didn't need to ride any trains only to find out that Traveler's Factory was actually 'outside' of the train terminal. Ah! But we did find it after all, and all four of us had a lot of fun adding some exclusive stamps to our notebooks. Some of the special stamps featured different prefectures of Japan, so of course, we added: "Shizuoka," "Tokyo" and "Okinawa" to our pages. 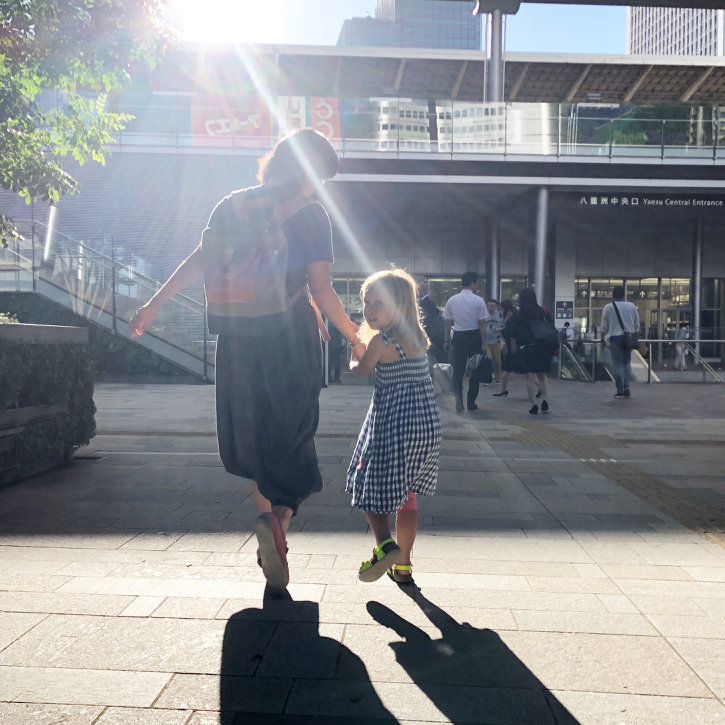 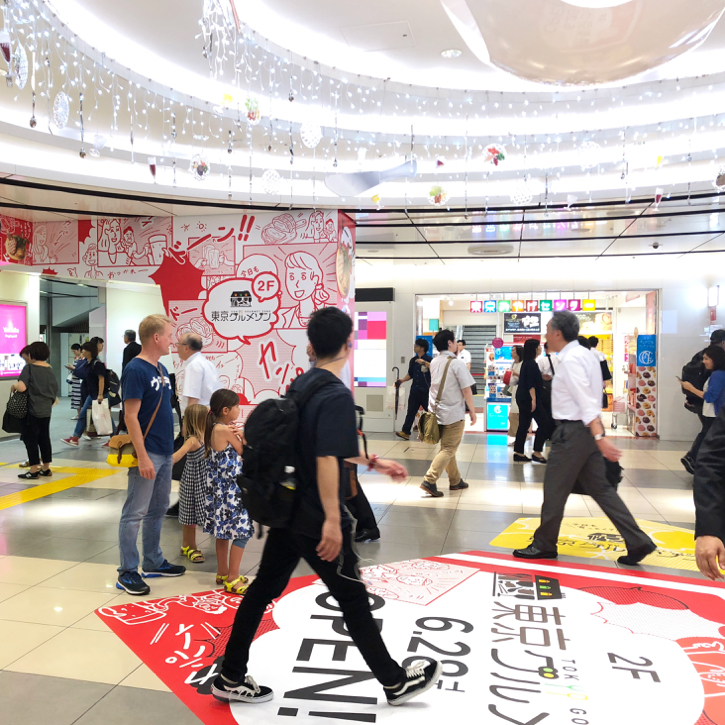 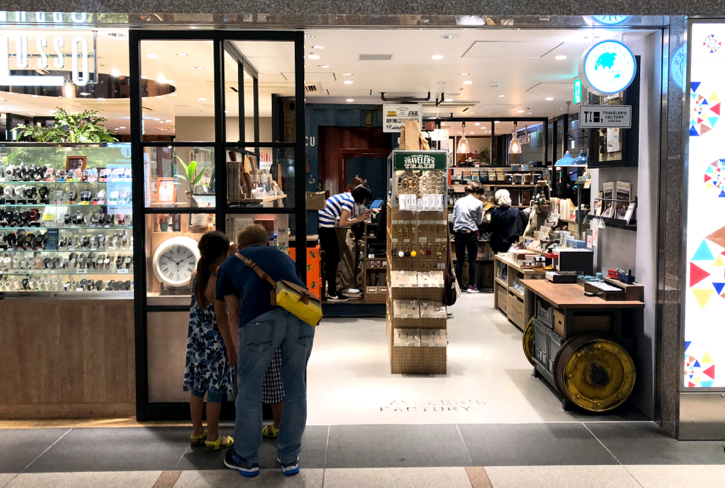 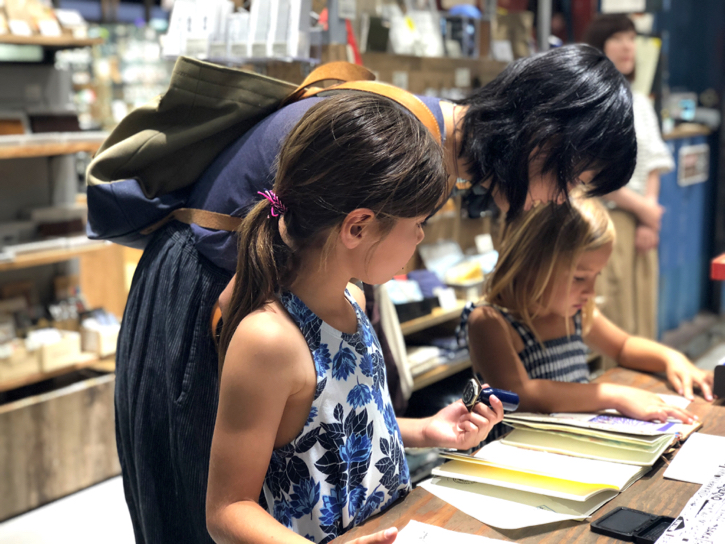 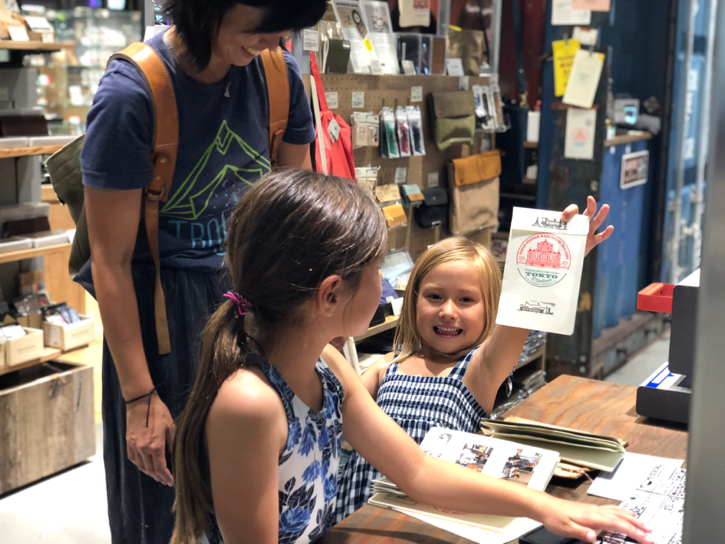 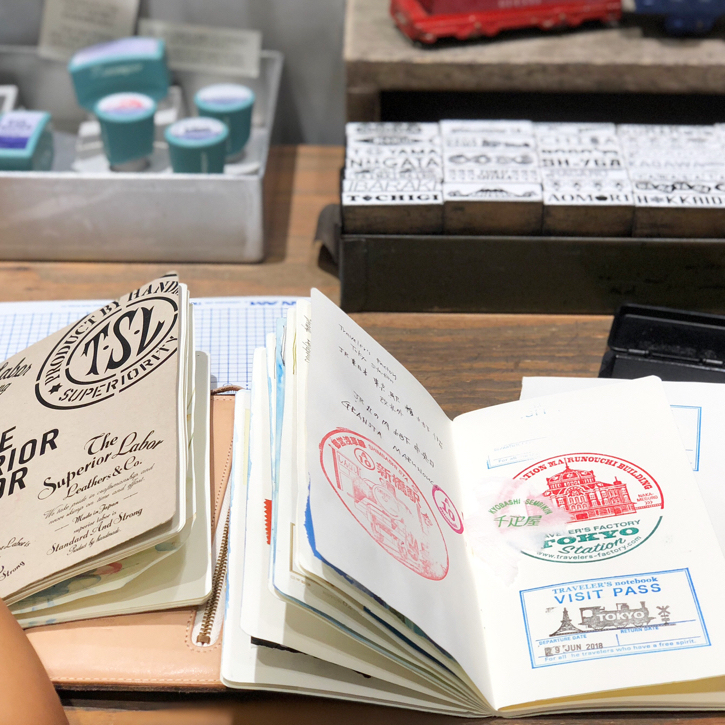 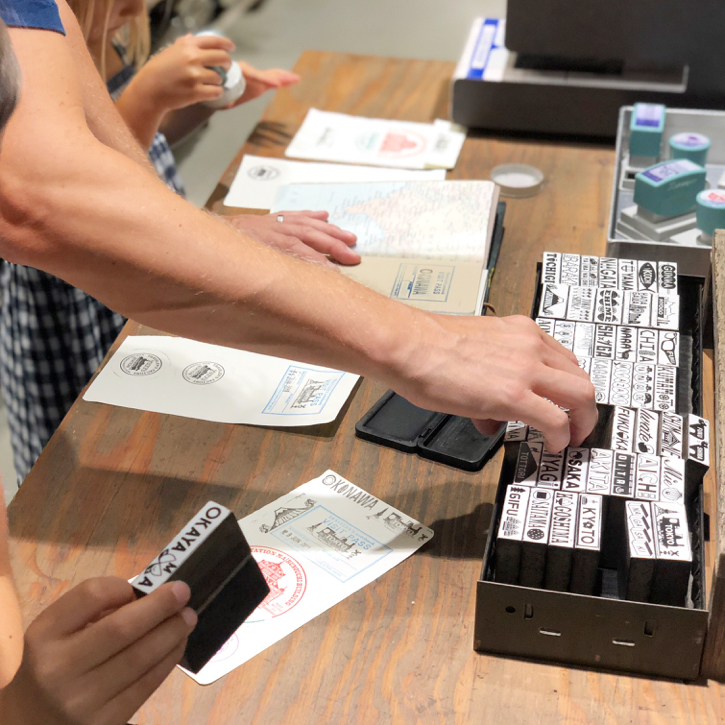 On our last day in Japan as we were departing from Narita Airport, we had a few hours of an unexpected flight delay, so we luckily got to make a quick stop at Traveler's Factory in Narita Airport and once again stamped on our pages. At this store, the exclusive stamps featured different countries you could visit! I really loved how Traveler's Company differentiated the offerings based on the location of the stores. Satchi made a page on her TN refill about places she would like to visit. It included Egypt, Brazil, and Africa:)

Both stores are very compact and fun stops to make if you are trespassing the area.

To my joy, both of our girls are finally enjoying the art of adding stamps to different journal pages. It was delightful to watch Satchi and Coco's intentional face as they added different designs to their pages. 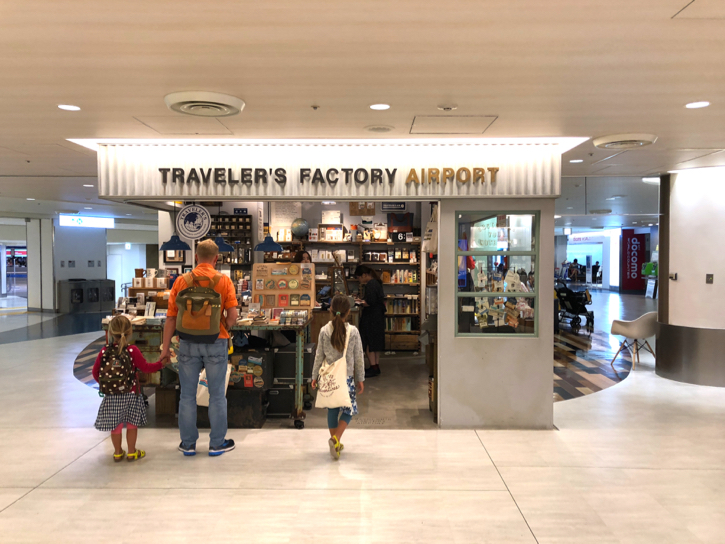 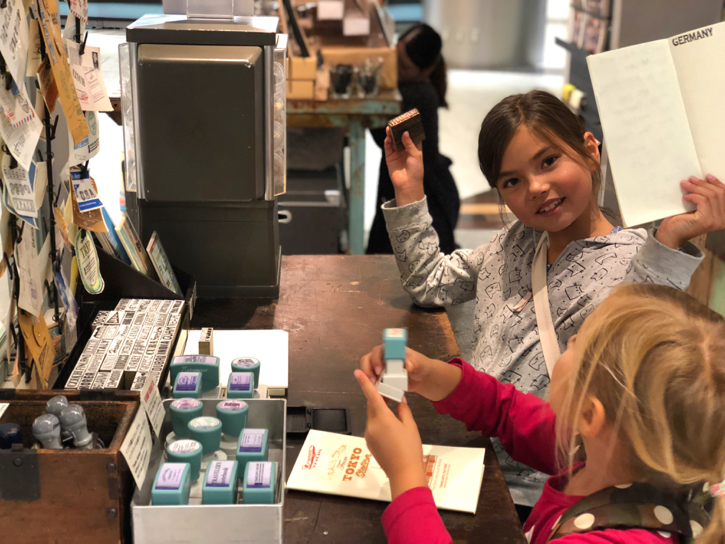 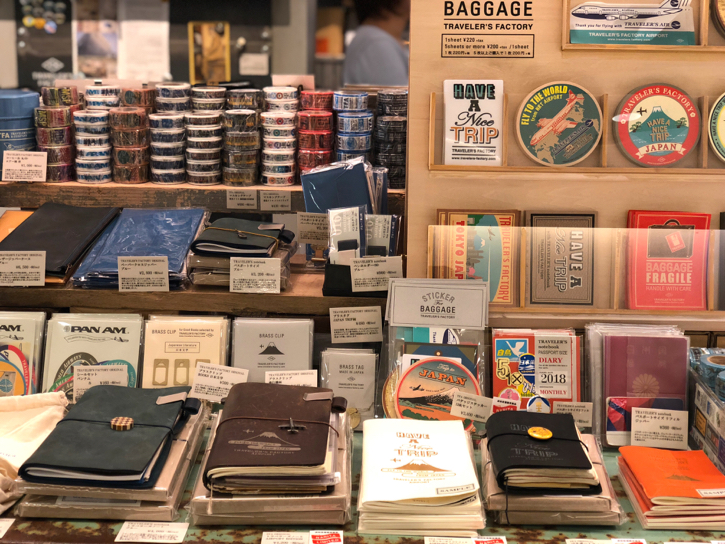 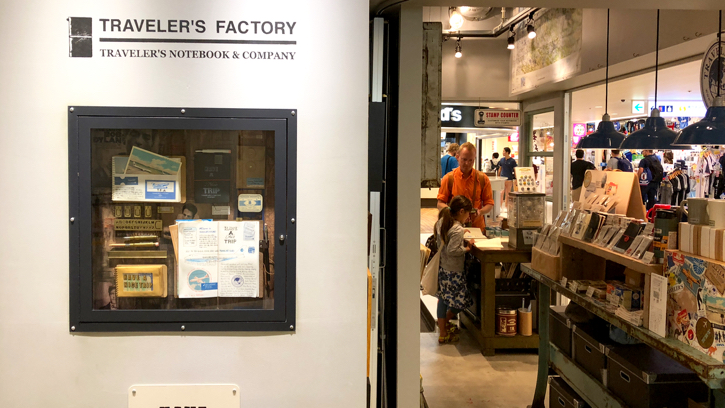