For more than a year... our sleeping arrangement among the family has been... "interesting" (for lack of a better word...).

For the longest time, Roo would crush in our bed and we would gently move her to her own room and bed in the middle of the night. As we were getting close to Coco's arrival, we started to practice her sleeping in her own room throughout the night. I would sit and hold her hand until she fell in sleep... every night. Then Coco came... and there were more hand holding and waking up in the middle of the night with everyone because Roo would wake up when Coco woke up.

Basically... there were a whole a lot of juggling in the middle of the nights and very little sleep for a pretty long time.

Little while ago, we all agreed (Roo included) that it was a good idea to get a kid's size bed for Roo so that she can get ready to share the room with Coco and her crib. Eventually that happened... both girls happily sleeping in their shared room!!! But Roo would get so emotionally worked up when Coco woke up and cried in the middle of the night... there were more early morning juggling... it was definitely not working. At some point, I suggested that we try putting Roo's bed out of their room and in the shared in-between space. The space used to be a formal dining room between our living room and kitchen. We had our old piano in the space but it was a walk-through kind of space. We just needed to get Roo's bed somewhere until Coco settled with her nighttime sleep schedule.

Fast-forward few weeks in... Roo calls this space "my bedroom" and she has been sleeping better than ever. I feel little funny about it... like her bed was kicked out of the girls' bedroom and Coco (the littlest person in the whole family) totally is taking over a whole room unlike anyone else in the family. (we have a tiny two bedroom house, you know?)

It's such a "phase" so I thought I would document just for the sake of documenting. I am just glad that her IKEA bed is light weight so we could shuffle things around as needed and we are open enough to jus try anything to make sure that everyone gets some sleep! 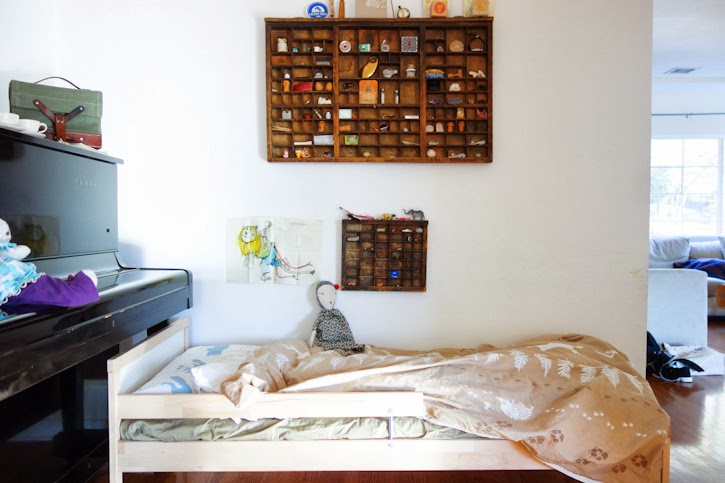 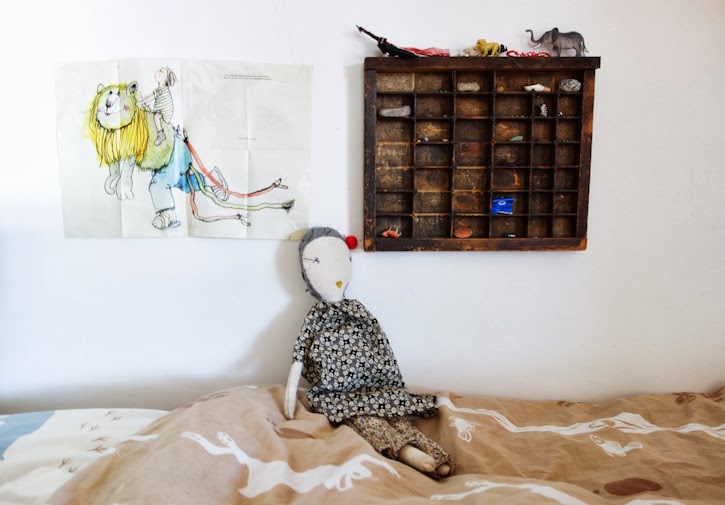